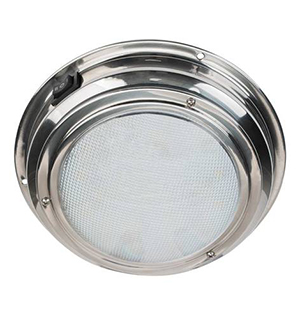 Light Emitting Diodes, more commonly known as LEDs, operate at lower temperatures, use less energy, tolerate vibration better and last far longer than conventional incandescent bulbs. They also do not contain small amounts of toxic mercury, an environmental disposal hazard associated with fluorescent and compact fluorescent lamp (CFL) lights. LEDs cost a bit more but are worth their premium price in the long run. Here’s why:

The light bulb, that marvel of technology created by Thomas Edison, operates by cramming a large volume of electrical current through a resistor encapsulated in a vacuum. This resistor, the tungsten filament, gets so hot that it glows white, and only the absence of oxygen prevents it from burning up in an instant. About five percent of the energy is released as light. The rest is mostly turned into heat, as we all know from burning our fingertips when we try to change a 60-watt bulb.

After more than a century, we’re still depending on Edison’s technology, but there are now cooler and more energy-efficient alternatives. LEDs have replaced incandescent and fluorescent light bulbs in many applications including homes, businesses and boats.  Bright interior LED lights for your boat provide excellent visibility while drawing much less power from your charging system. Couple the energy savings with the fact that LEDs can last up to 50 times longer than incandescent bulbs and LEDs are the clear winner. 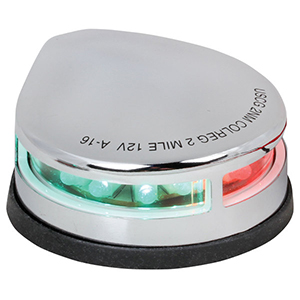 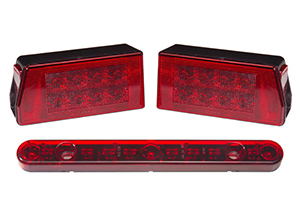 LED trailer lights are not vulnerable to thermal shock like incandescent bulbs are.

LEDs, are now common on both land and water. They first gained wide use as indicator lights, such as automobile and trailer taillights, stoplights at intersections, and ON indicators on switches and electrical panels. While LEDs were not originally suitable for illuminating rooms, streets or boat cabins, LEDs now output the same lumens of old incandescent and fluorescent bulbs and use 75 to 80 percent less energy. LED replacements are available for many incandescent fixtures on your boat in a variety of base types.

Clusters of LEDs connected together in combination with reflectors, diffusers and lenses, have surpassed the output of incandescent bulbs by a factor of ten times (over 150 lumens per watt, compared to 15 lumens per watt ).

LEDs operate on a totally different principle than traditional incandescent style lights. Instead of using a brittle metal filament that is susceptible to shock and vibration, LEDs are solid-state devices with no moving parts to break. The LED utilizes a semiconductor which produces light when current is passed through it. For the most part, the semiconductor material is not consumed; it merely changes states making the LED efficient and long-lasting.

LEDs are diodes, semiconductors that allow current to flow in only one direction. Two materials are placed very close together in what is called a P-N junction. Run a current through the junction, and light energy is released.

The light color emission of an LED  is determined by the chemistry of the device. There are two primary varieties of LEDs.  The first—blue, white, green and ultraviolet LEDs—use indium gallium nitride (InGaN). The second type—red, yellow and orange LEDs—are built from aluminum gallium indium phosphide. White LED light used to require a mix of red, green, and blue LEDs but can now be created using a blue LED with a yellow phosphor coating. The light from the LED blends with the color of the coating resulting in white light.

Watt: The measure of energy used by a light, not a brightness rating.

Lux: A measurement of light at a single point. It does not measure the total light output of a fixture. Lux can be measured using an inexpensive light meter and is routinely used in photography.

Fixture Lumen: Light output measurement of a fixture usually measured in an integrating sphere. While theoretical conversion of Lux into Lumens is possible, (having taking thousands of measurements) the accurate measurements of “Lumens” require the ability to measure light volume. This can only be accomplished using an Integrating Sphere and specialized calibration equipment.

Efficiency: LEDs are very energy efficient and consume less power, with up to 90% lower amperage draw than incandescent bulbs. Replacement of a few incandescent bulbs with LEDs reduces the load on your electrical system including your battery, alternator, and power converter.

Instant ON/OFF: LEDs activate instantly, so they provide immediate bright light. For brake lights on your boat trailer, LEDs provide an extra fraction of a second for that tailgating driver you can’t see in the blind spot behind your vessel.

Cool operation: LED lights are cool to the touch and can be left on for hours without incident, since they generate almost no heat.

Reduced wire gauge: Due to the low energy draw of LEDs, the gauge of wire used can be reduced. Caution: Typical incandescent fusing requirements are too robust for LEDs, so fusing must be sized for the low LED circuit draw. Incorrect fuse sizing can cause damage to your electrical system.