How to Buy a Thermal Imaging Camera 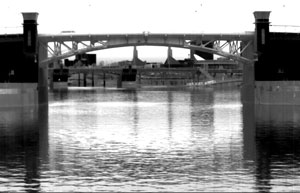 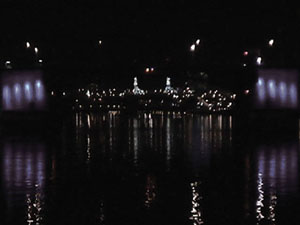 Night Vision devices and low-light cameras receive and amplify ambient light (in the visible part of the spectrum). They use image-intensifier tubes that pump up the most minimal ambient light to useful brightness levels. These are the “old school” of night vision, previously the best products for the boater.

Thermal Imaging Cameras: we now offer another technology for seeing in darkness, infrared thermal imaging. An infrared camera uses military technology, not available to recreational boaters until recently, developed by FLIR (Forward Looking InfraRed) Systems, the parent company of Raymarine. A thermal imaging device produces an image using infrared radiation, similar to a camera that forms an image using visible light. Instead of the 450–750 nanometer range of the visible light camera, infrared cameras operate in wavelengths as long as 14,000nm (14 µm).

Thermal imaging cameras are often confused with Night Vision scopes, which make the hazy green images seen on TV and in the movies, but are very different technologies. Thermal cameras are similar to video and fixed digital cameras we use at home, except that they make pictures by detecting and displaying tiny differences in heat, not light. Even the heat from a person’s hand on the wall leaves enough thermal energy behind to show up clearly to a FLIR camera.

Does that mean that thermal imagers only let you see things that are hot? Not exactly. Everything generates thermal energy, even ice, and even though this molecular heat is invisible to the naked eye, FLIR cameras detect it and turn it into digital images that are easy to understand, allowing you to see more and see farther than you ever could with your eyes. Thermal cameras capture more than just heat though; they detect tiny differences in heat—as small as 0.01°C—and display them as shades of gray in a black and white image. Thermal cameras don’t need visible light. In fact, thermal cameras can’t even see visible light, so they see as well—or better—after the sun goes down as in daylight.

So what can you really see? Quite a lot, according to independent reviewers. FLIR cuts through glare (and you can use it in daylight, unlike Night Vision). People and animals give off a distinct signature, and you can see crab pots and logs floating in the water. We think thermal imaging can be a great asset in an emergency like a Man Overboard incident, as you can easily see the difference in heat signature between water and a person’s head.

Screen resolution is the biggest lag in this exciting technology, as the best available non-military unit (the M-625L) has only 640 x 480 resolution. Also, water is opaque to thermal imagers, so fog and rain will somewhat obscure your view. M-Series imagers also include a low-light visual camera, which is a great combination that provides both visual and IR spectrums on your chartplotter.

Raymarine T400-Series imagers also include a low-light visual camera, which is a great combination that provides both visual and IR spectrums on your chartplotter. Raymarine’s T-Series cameras are small (only 7" diameter x 11 1/8" tall) and are made to work with their c-Series/e-Series/gS-Series displays, as well as some older E-Series Widescreen and G-Series multi-function displays.

The affordable, versatile Ocean Scout handheld cameras will be valuable on any boat, as well as for camping, home security and other dry-land applications. As thermal imaging technology for recreational boating has matured, we’ve added to our assortment.

The newest application for thermal imaging is, as you might guess in our mobile-friendly world, for your smartphone. FLIR has developed FLIR One, with versions for the iPhone, iPad and Android.

FLIR One includes both thermal and visible light cameras, and blends images from both to provide a higher level of detail than you get from a thermal-only image. FLIR One has its own included battery, so it doesn’t drain your smartphone’s limited battery life.