How to Winterize Potable Water Systems on a Boat 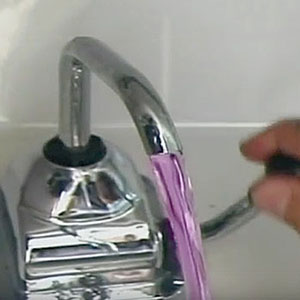 Antifreeze emerging from the tap.

The Need to Winterize 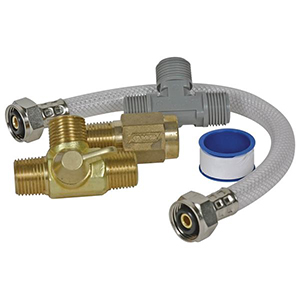 Also, if your water system has an accumulator tank, you will need to drain it by removing the hoses. If it fails to drain, blow through the T connection to force the water out or remove the tank and shake any trapped water out. Then replace it and reconnect the hoses.

By following the procedures outlined above, you will assure that your boats freshwater delivery systems will function properly in the spring. 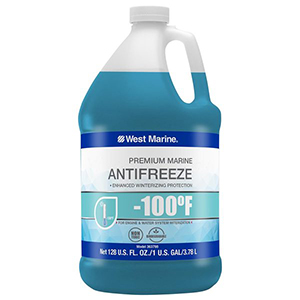 There are two types of antifreeze. The first is common automotive antifreeze, such as Prestone, which is ethylene glycol. This type of antifreeze is highly toxic and should not be used for winterizing applications on boats. In place of ethylene glycol, use non-toxic propylene glycol, like West Marine Premium Antifreeze for Engine and Water System Winterization. For northern regions where the mercury can drop below zero, we recommend antifreeze with a freeze rating of at least -100°F. Why use -100°F antifreeze when the temperature never goes below -50°F? The answer is that what goes into the system as -100°F antifreeze, does not come out as -100°F antifreeze. There is always some residual water that lowers the concentration of antifreeze, so the resulting freeze point may be much higher than the rated temperature. The small cost difference between the -50°F, -60°F and -100°F antifreeze is a bargain for the peace of mind you get knowing that your systems will be safe, no matter what the weather. For greater detail on the antifreeze we sell see Antifreeze_ 101

One other point: Even though West Marine propylene glycol antifreeze is non-toxic, best practice dictates that you not discharge it on to land, into storm drains or directly into the water. After use, dispose of used antifreeze in a manner consistent with federal, state and local regulations.