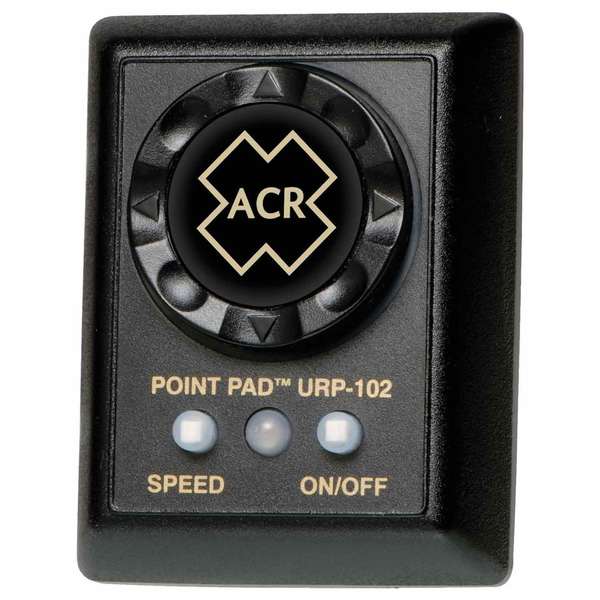 The ACR URP-102 Point Pad is a wired control pad that provides the ability for remote control of ACR searchlights. It is compatible with multiple ACR searchlight models including the RCL-50, RCL-100, and RCL-300 searchlights. The point pad is supplied as a surface mount unit and a flush mount option is also provided.

In addition to turning searchlights on and off, the point pad also includes functionality allowing users to change the speed between high and low rotation speeds, to rotate the searchlight left and right, to raise and lower the searchlight beam, and to activate ACR's trademarked XRCiZ feature. The innovative XRCiZ feature automatically rotates and moves the light assembly every 30 days from activation to keep all bearing surfaces free of corrosion and all electrical contacts functional.

WARNING: This product can expose you to chemicals including Bisphenol A (BPA), which is known to the State of California to cause birth defects or other reproductive harm. For more information, go to www.P65Warnings.ca.gov.