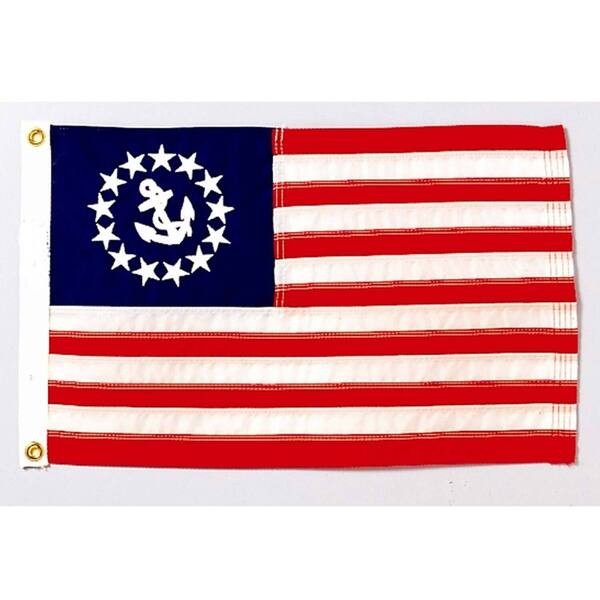 In stock online.
Email me when in stock, opens dialog

The United States Yacht Ensign is a special Flag to be flown over American Yachts. It bears a strong resemblance to our national ensign, the only difference being the fouled anchor and stars taking the place of the normal star field.

The design was not originally intended for use as an ensign, it was created and presented to congress by the New York Yachting Club as a signal that would exempt them from having to clear customs after each voyage. Despite its original purpose, the practice of flying this Flag in lieu of the National Ensign began shortly after its creation. It became widespread and was eventually recognized by even the US Navy. The practice of flying an ensign in territorial waters ceased to be a legal necessity in 1980, but the tradition has been carried on by Yacht enthusiasts nation wide.