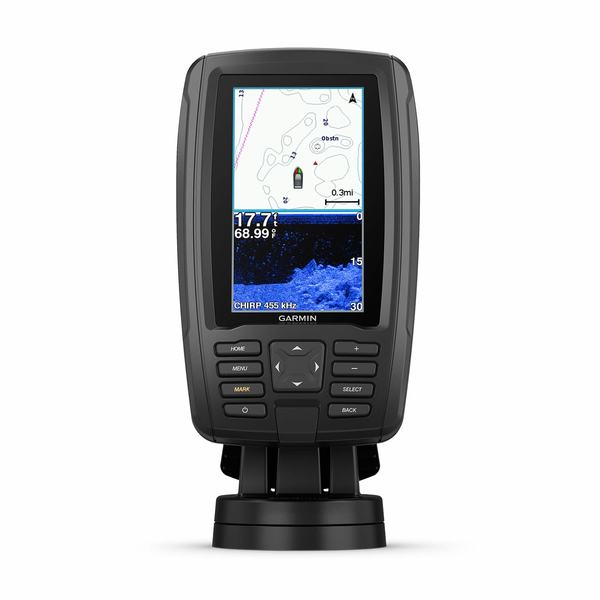 ECHOMAP™ Plus 44cv is a great small boat combo with two kinds of sonar.

A 4.3" diagonal color screen with keypad-operation, including a transom mount transducer that dials in two kinds of sonar—CHIRP traditional sonar plus CHIRP ClearVü scanning sonar.