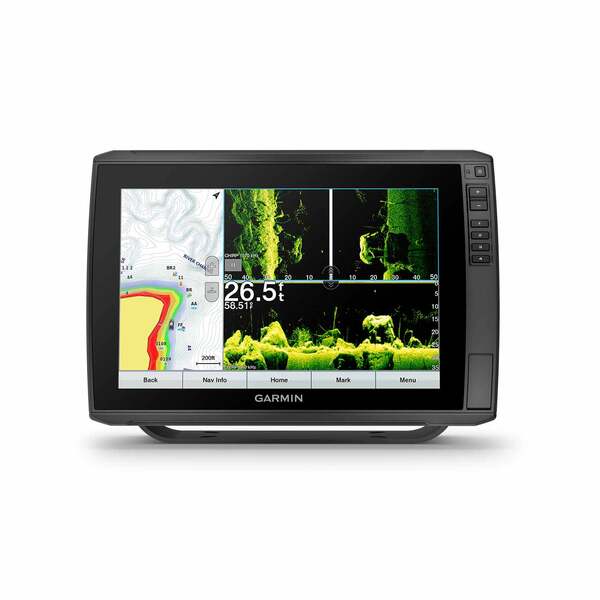 Temporarily Out of Stock
Email me when in stock, opens dialog

High-contrast vivid scanning sonar color palettes make it easier than ever to distinguish targets and structure.

Create personalized fishing maps on-screen with 1' contours. Keep the data to yourself, or share it with the Garmin Quickdraw™ Community on the Garmin Connect™ app.

If you have multiple compatible ECHOMAP Ultra 10" and 12" units or ECHOMAP Plus or UHD 7" and 9" units on your boat, you can share information — such as sonar, user data and charts — among them.

Take control of the most powerful and efficient trolling motor available4, route it to waypoints, follow tracks and more from the screen of your chartplotter.

Take It With You

Keep your ECHOMAP Ultra safe and secure. Cords plug directly into the quick-disconnect bail mount, which allows you to quickly install and remove your unit.