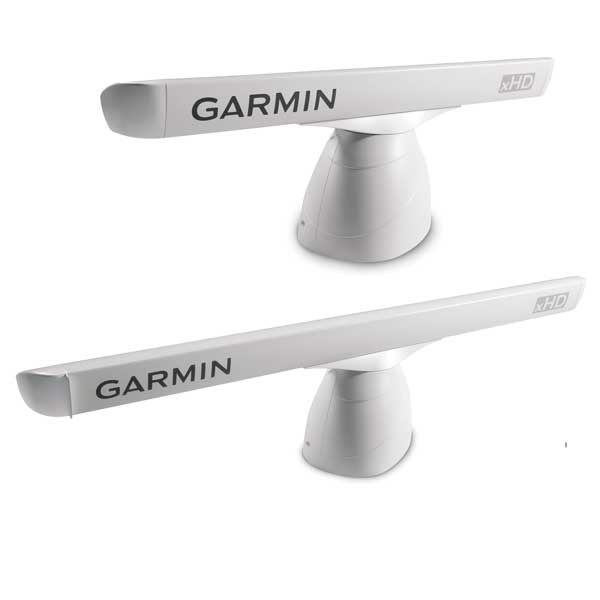 The powerful xHD family of open array radar scanners offers both 6 kW and 12 kW of transmit power, allowing for superior radar performance in the most demanding conditions. Improved transmitter design delivers a much sharper pulse, providing up to 75% higher transmitter pulse rates (allowing more energy to be focused on each target). Six times more video processing is performed in the scanner, compared to the previous generation open-array radars, with an eight times faster sampling rate. The resulting images offer the serious mariner a crisp, high definition radar picture. You'll get faster information acquisition and improved detection on small targets at a longer range.The GMR xHD family of radars will support both MARPA (10 targets, requires heading sensor, sold separately) as well as Dual Range (displays two ranges simultaneously in a split screen format) for increased situational awareness in all environments. xHD radar is easily added to your existing Garmin Marine Network. Once connected to the network, any network-compatible Garmin chartplotter can double as your radar screen. And as an aid to location-awareness, you can overlay the xHD radar image on the chartplotter's map page. You can also split the on-screen display so you can simultaneously view the map and standard radar or you can use the Dual Range feature to view close and distant targets on compatible 4000, 5000, 6000 and 7000-series chartplotters. Select either a 4' or 6' scanner, and then choose either the 6kW or 12kW pedestal. Pedestals include 15m network cable. Two year warranty.