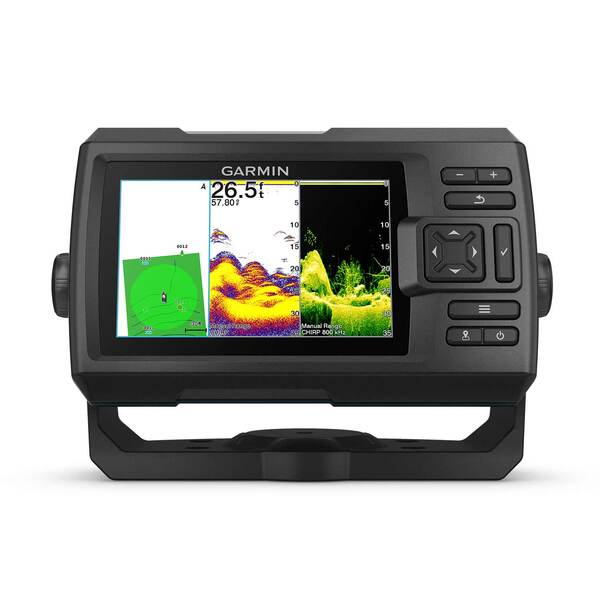 See fish and structure in maximum detail when you pick your display color, your location and your sonar for your day on the water with the STRIKER Vivid 5cv fishfinder with transducer.

Choose from 7 new vivid color options to see fish and structure in maximum contrast and clarity on your 5” fishfinder.

Use the included GT20 transducer to get Garmin CHIRP traditional sonar and CHIRP ClearVü scanning sonar.

To catch more fish, you need to know where the fish are biting. Use waypoint marking for hot spots so you can easily find your way back.

Plan and create routes and view your boat’s speed on your fishfinder using high-sensitivity GPS.

Nobody knows the waters you fish better than you. With the STRIKER Vivid 5cv fishfinder, you can store up to 2 million acres of maps with 1’ contours.