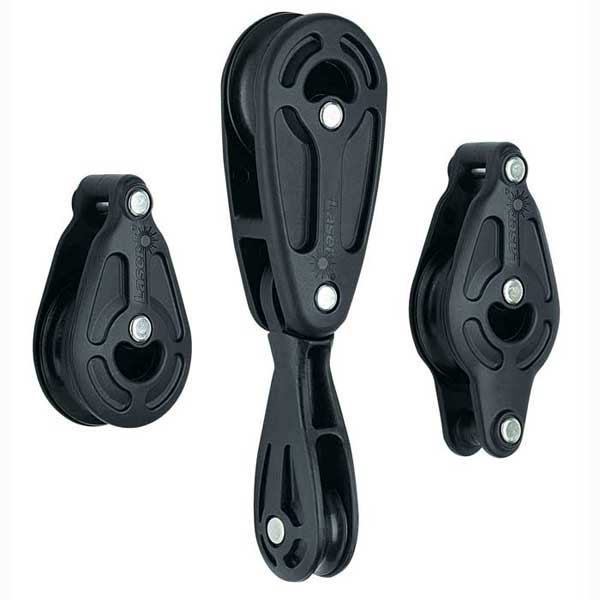 Boom blocks and upper traveler block feature ball bearings for rapid trims and quick eases on the sheet as you round the top mark. One-piece traveler block does away with messing with Brummel hooks and electrical tape. To install the boom blocks, just remove both eye straps by drilling out the rivets, then replacing them with your new blocks installed.