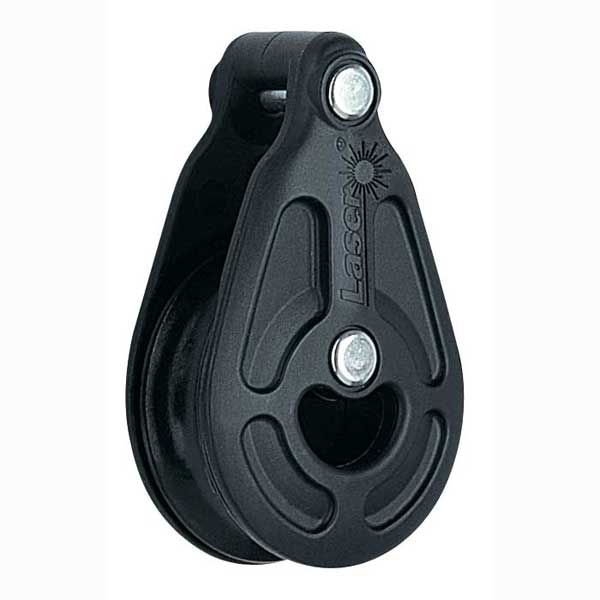 At last, Harken ball bearing blocks for your Laser’s mainsheet system! To install the boom block, just remove the eye strap from the boom by drilling out the rivets, replacing the block and installing new rivets. Requires pop-rivet tool (sold separately).