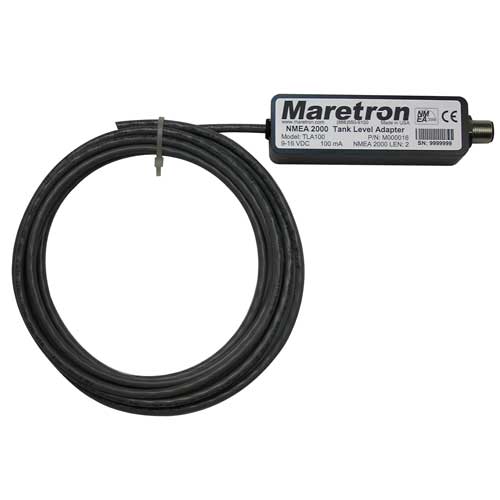 The TLA100 is used to adapt commercially available resistive tank senders to the NMEA 2000® network. This allows you to observe tank levels anywhere on the vessel where there are NMEA 2000® compatible displays such as the Maretron DSM250 or DSM200.

The TLA100 is compatible with both the American standard (240-30 ohm) and the European standard (10-180 ohm) resistive senders. In fact, the TLA100 can be calibrated for any resistance between 0 and 300 ohms.

Unlike most tank senders that only work with rectangular tanks, the TLA100 can be calibrated for irregular tank shapes so you know the true level of the tanks. You can also use the TLA100 with analog gauges at the same time as NMEA 2000® so you don't have to give up existing analog gauges to enjoy the advantages of digitally networked information.

The Maretron TLA100 has the following features: