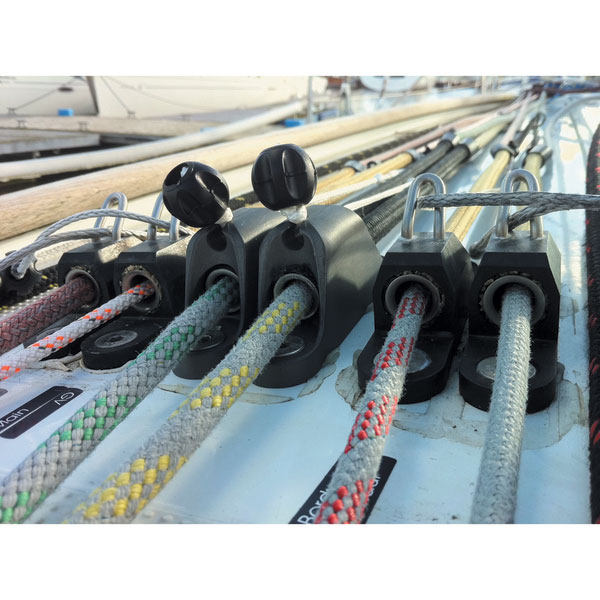 Email me when in stock, opens dialog

Ronstan's Constrictor® is a unique, ultralight, simple and strong rethink of the old-school rope clutch.

The new generation in rope clutches! Unlike conventional clutches, the Constrictor® system does not crush the rope between two metal surfaces. Instead, the loaded rope is securely held in a textile sock, which is locked securely between a titanium ring and an anchor base.

The line runs freely through the sock in one direction, but is gripped instantly within the sock when running out in the opposite direction. Pulling on an SK-75 Dyneema® lanyard retracts the sock and releases the line.