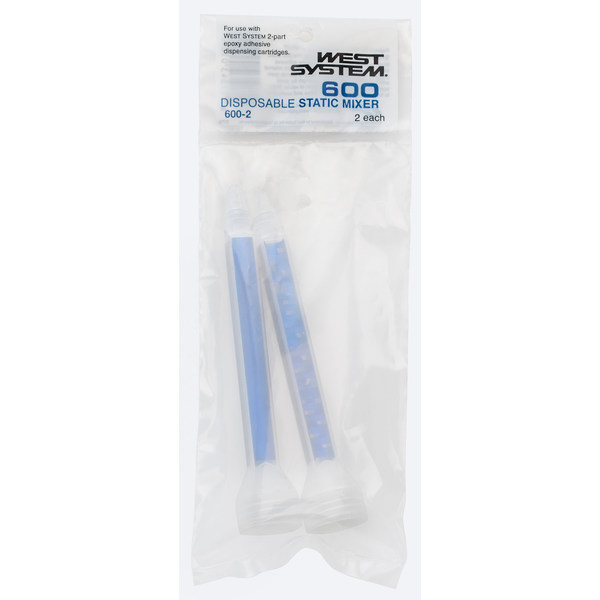 Get the most out of a tube of West System Six10®epoxy.

Static mixers are a key component to West System Six10® epoxy. They are what make using this thickened epoxy significantly easier than other systems. These two packs allow users to reuse a single tube for several projects. Because the resin and hardener are separated, a new mixer can be installed at the start of each project. Use just what you need and rest of a Six10® tube for later with a two pack of static mixers.