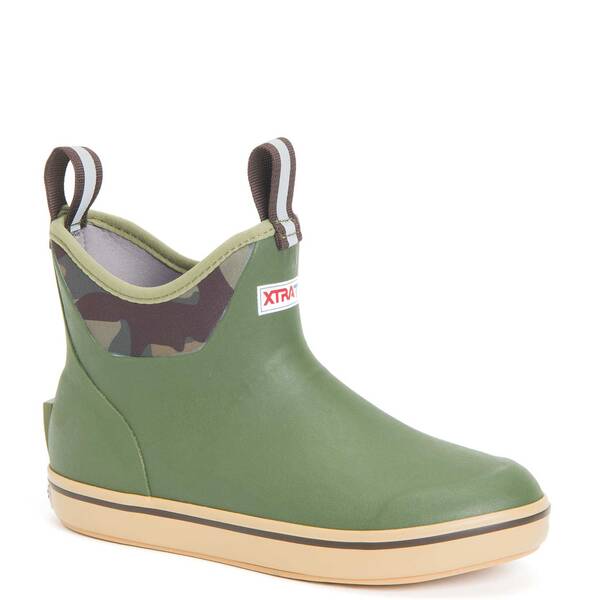 Ready to take your sportfishing up a notch? Xtratuf's Ankle Deck Boots are the boots to get you there. You've probably been struggling to move quickly around the deck of your boat in tall rubber boots trying to keep up with your fast-moving quarry. Those tall boots are designed for the crazy people that making their living fishing in 33-degree water with giant waves and gale force winds, but commercial fishing gear is overkill for most sport and recreational fishing. Xtratuf's Ankle Deck Boots are smaller cousins to the tried and true boots that have been worn by Alaskan fishermen for over 50 years and are perfect for offshore anglers looking for a more athletic solution to the conditions they're likely to encounter. Don't be mistaken. These boots are also waterproof and feature the same slip-resistant outsoles as Xtratuf's Legacy boots, only in a lightweight, performance design. Imported.