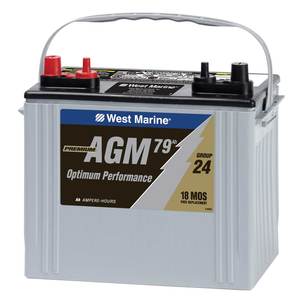 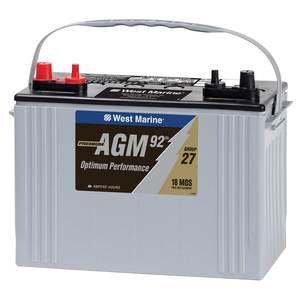 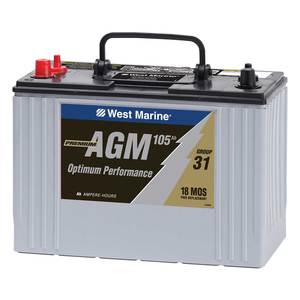 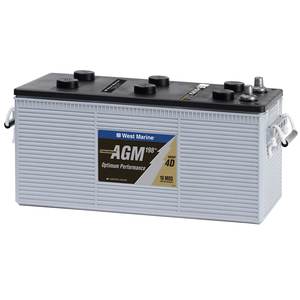 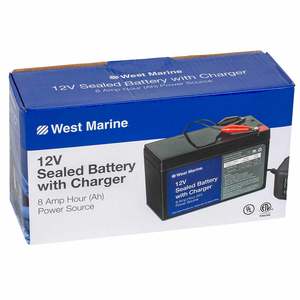 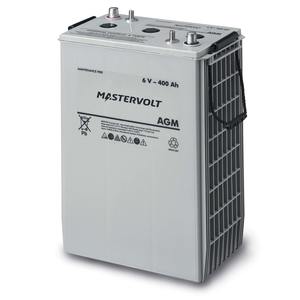 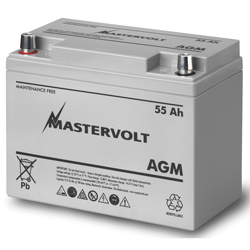 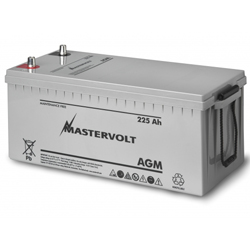 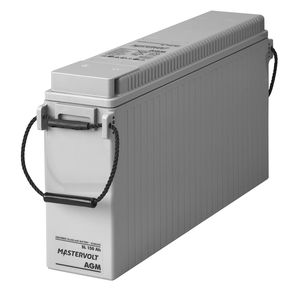 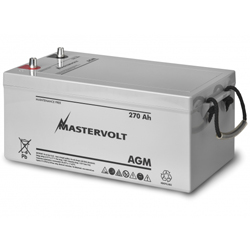 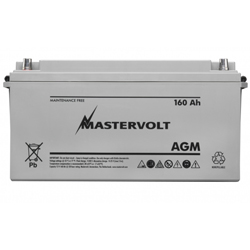 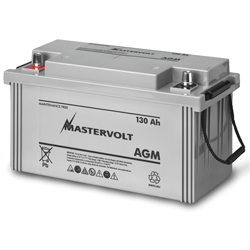 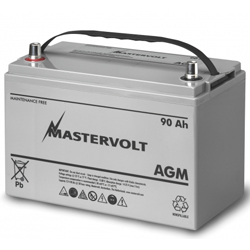 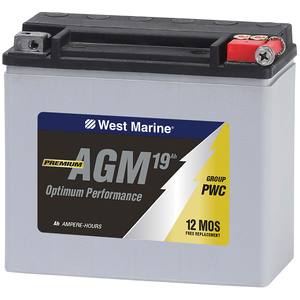 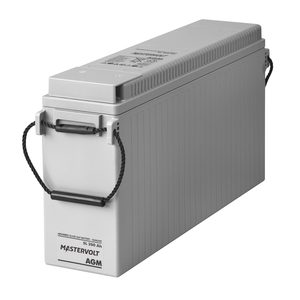 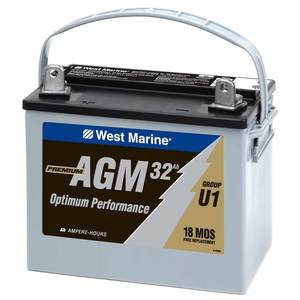 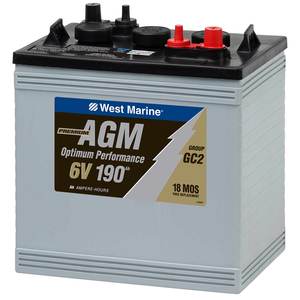 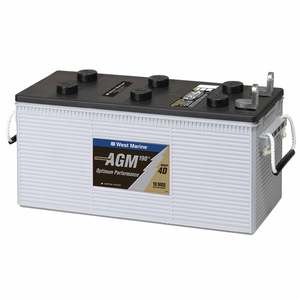 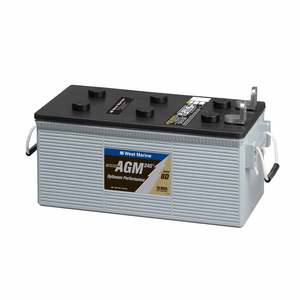 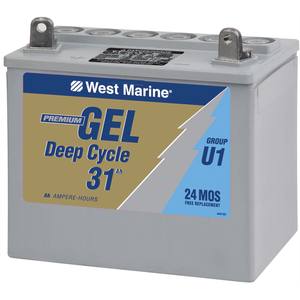 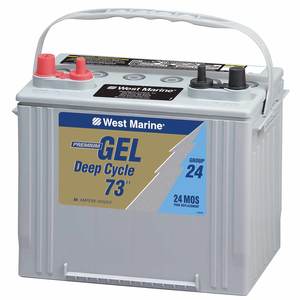 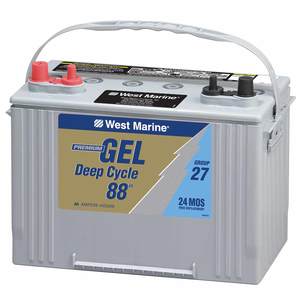 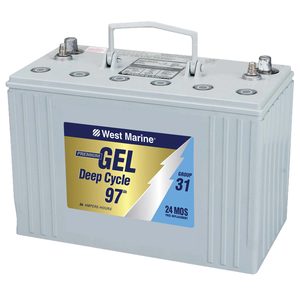 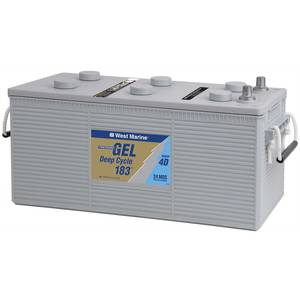 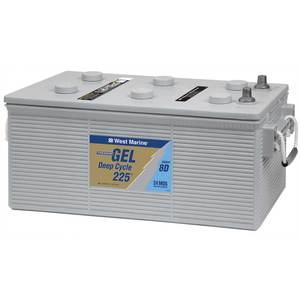 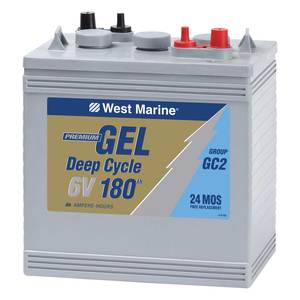 Newer styles of marine batteries are sealed and do not require you to ever add distilled water. These high-performance styles include gel batteries, Absorbed Glass Mat (AGM) and different chemistries of lithium-ion batteries.

In addition to providing equal saturation across the entire surface of the battery’s positive and negative plates, the fibers in the dense glass mats embed themselves into the plates’ surface like reinforcing rods in concrete, providing more plate support and better shock and vibration protection than in conventional batteries.

Gel Batteries: Sealed Valve-Regulated (SVR) gelled-electrolyte batteries offer advantages over regular flooded batteries. They self-discharge at only 3% per month, handle the highest number of lifetime charging cycles, and are maintenance free, spill-proof, submersible and leak-proof. A pressure release valve keeps their internal pressure at a slightly positive level, but they can release excess pressure if needed.

The SVR design nearly eliminates gassing, so they are safer to install around people and sensitive electronics (but gel and AGM batteries still need to be vented). Gel batteries, because they’re sealed, are manufactured to very high quality standards. They need carefully regulated smart charging to prevent damage.

Thin Plate Pure Lead (TPPL) and Lithium (Li NMC) Batteries: New technologies require new ways of thinking about your boat's battery system. NorthStar TPPL batteries are among the most advanced AGM batteries in the world. They're made from 99.99% pure lead that's rolled (not cast) into thin plates. Combining the pure lead's low electrical resistance and greater surface area from more and thinner lead plates, they can accept much higher charging amperage that typical AGM batteries. Not only do they charge incredibly quickly, but they're capable of 400 charge/discharge cycles with an amazing 80% depth of discharge.

These batteries add intriguing options for long distance cruisers. Instead of installing a 1000Ah battery bank and running your diesel for six hours, you can install a 500Ah TPPL bank and charge more frequently, but faster. Or, you can forego a genset and install one or more very high-output alternators—turning your propulsion engine into a high-output charging machine. Your diesel will run for short periods, but with a high load (which it wants).

Lithium/nickel/cobalt/manganese batteries, used in the Torqeedo outboards, weigh less than lead acid batteries, can be discharged 800 times to 100% depth of discharge, and be recharged in a little over an hour. They excel as battery banks in electric boats, as well as for other high-performance battery tasks.