We're all familiar with the Doppler effect, which we experience every time a fire truck roars by with its siren blaring. This commonplace effect that makes the siren's pitch drop to a lower frequency as the truck passes is now harnessed in Garmin Fantom radar units. That's good news for boaters navigating in crowded harbors. 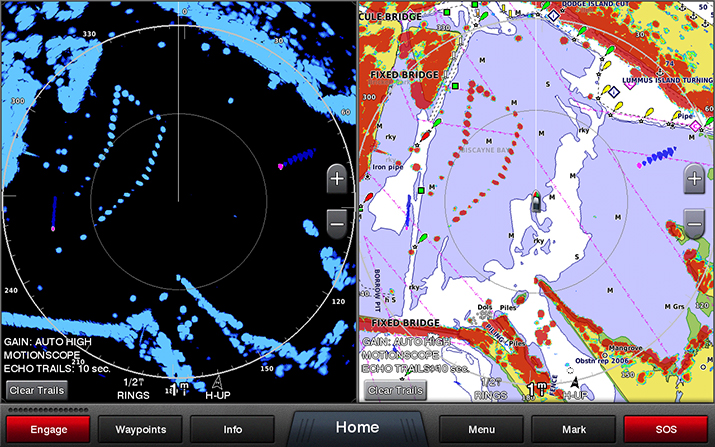 Two potentially dangerous and fast-moving powerboats are highlighted in red, with a ten-second echo trail that shows their speed and direction. This shows the advantages of MotionScope Technology.

Dual Range with Overlay: A single radar antenna is capable of providing split screen images on your chartplotter side-by-side, with independent range setting and controls for both close and long range. One or both ranges can also be viewed as a chart overlay, like the image on the right.

If you're in a fixed location listening to that fire engine, the siren's approaching sound waves are compressed together and reach your ears faster as the fire engine races closer. After it roars past and recedes in the distance, the opposite occurs. You notice the difference because the siren transmits at one fixed frequency. The Doppler effect is the frequency shift due to the relative motion of the target.

A fixed frequency was impossible for a marine radar to achieve using old-style magnetron radar technology. Magnetrons, like a powerful vacuum tube, produced a splatter of frequencies—a very dirty "tone burst." This made Doppler radar unworkable until the arrival of solid state radar a few years ago. Modern solid state marine radars that produce pulses or chirps of stable and controlled frequencies make doppler radar possible.

Of course, Doppler radar has been employed by meteorologists for years to track thunderstorms and tornadoes. Now it is a new tool in the arsenal of fishermen looking for flocks of birds, and for boaters in crowded traffic lanes. For more about solid state radar and its advantages for boaters, see our West Advisor article, A New Wave of Marine Radar.

Garmin's GMR Fantom radars use the Doppler effect to detect and highlight moving targets to help you avoid potential collisions, find flocks of birds and track weather formations. This allows for instant detection of any targets moving toward or away from the radar. MotionScope highlights the moving targets in different colors on the radar display so you can navigate around other boats or severe weather, or toward fishing spots where birds are feeding at the surface. 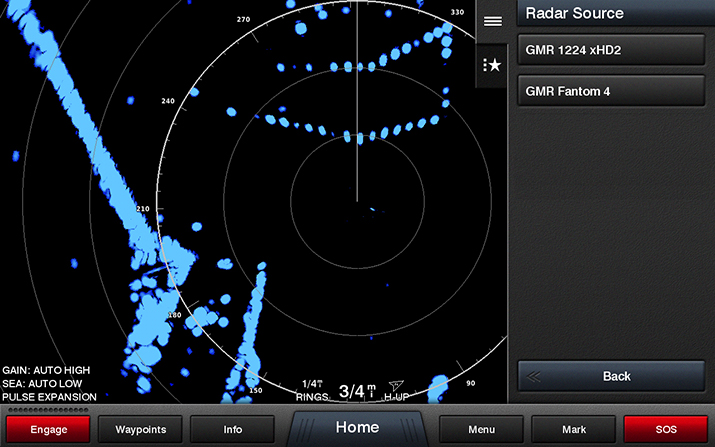 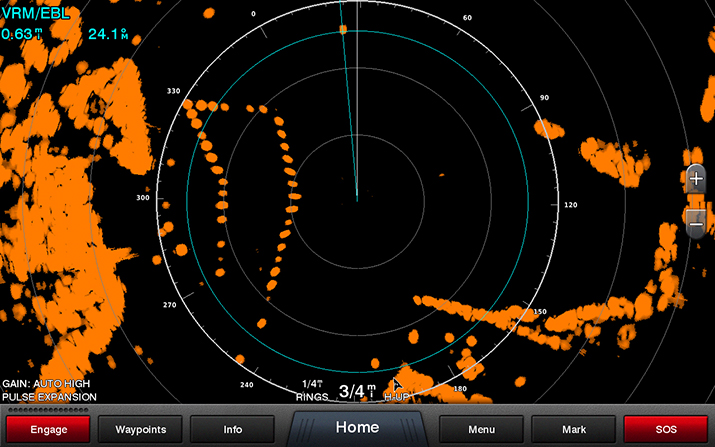 Here are Garmin's videos with more about MotionScope Technology and their use of Doppler Radar.