Effective April 1, 2021, operators of certain boats under 26 feet long are required to use an emergency cutoff switch (ECOS) device. 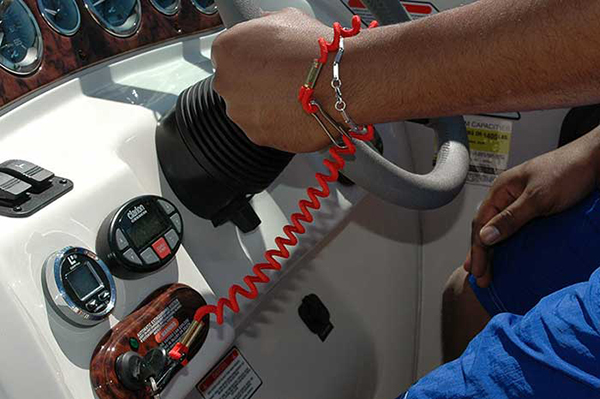 Console-mounted kill switch with lanyard in use. (Photo courtesy BoatUS.)

If your boat (like most) is equipped with an emergency engine cutoff switch (ECOS) and you are not in the habit of connecting yourself to it, consider the following incident, which occurred in Lee County, Florida and was reported by ABC7 News. The article has been abridged for brevity.

“Around 7 a.m. the Florida Fish and Wildlife Conservation Commission (FWC) and the Lee County Sheriff’s Office (LCSO) responded to the report of an unmanned boat that was running in a circle, according to FWC. Two people on a 25-foot vessel were thrown off the boat when the driver took a sharp turn to avoid hitting a “fixed object” that was difficult to see due to limited visibility, investigators said. Both people escaped the incident uninjured and were picked up by another boater. LCSO was able to stop the runaway boat safely. FWC is still investigating the boating accident.” 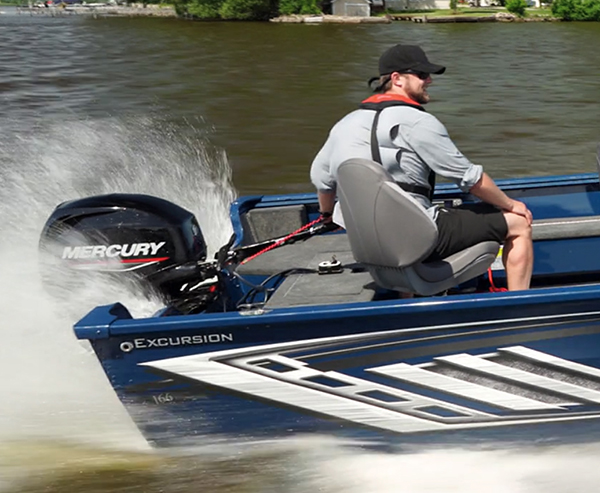 Fortunately, the people involved in this accident escaped unharmed—but that is not always the case. Every year, runaway boats inflict serious injury and sometimes death when they strike another boat or overboard crew. In an effort to curb boat strike injuries, on January 1, 2021, the United States Congress enacted new engine cutoff switch requirements. 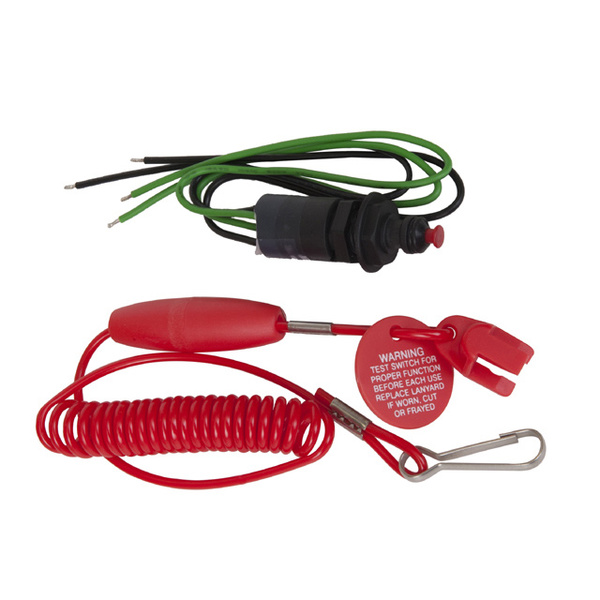 Some lanyards come packaged with a replacement kill switch.

The law applies to all federally navigable waterways. For a more detailed description of this law, see the BoatUS Press Release, provided with permission of BoatUS. For additional questions, check the USCG ECOS Law FAQ.

Lanyard-style ECOS devices provide boaters with an inexpensive means to increase safety and satisfy the law.

Inexpensive lanyard-style engine shut down devices offered by West Marine are designed to comply with all federal and state boating laws; and meet the American Boat and Yachting Council's A-33 standard for Engine cut-off devices. 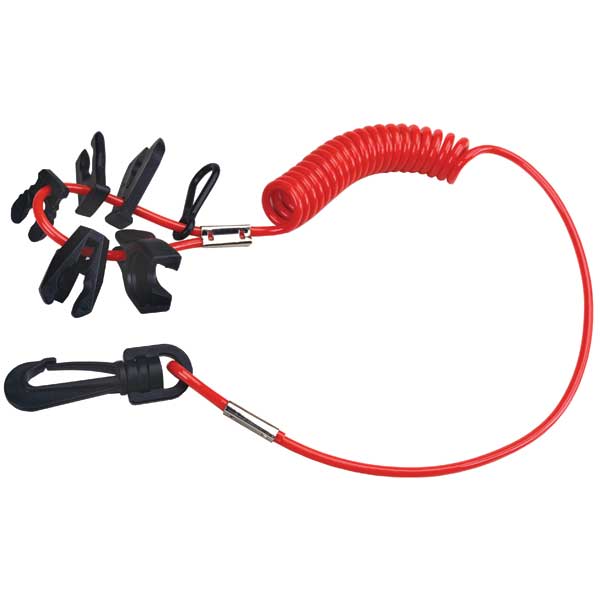 West Marine heartily supports the use of ECOS devices. The slight inconvenience of wearing a kill switch lanyard is well worth the margin of safety they provide. Whether you prefer a traditional lanyard-style or wireless ECOS device, for the safety of ourselves and others, it is imperative that we always “get connected” by making use of the device. Shop our selection of engine cutoff switch devices here.