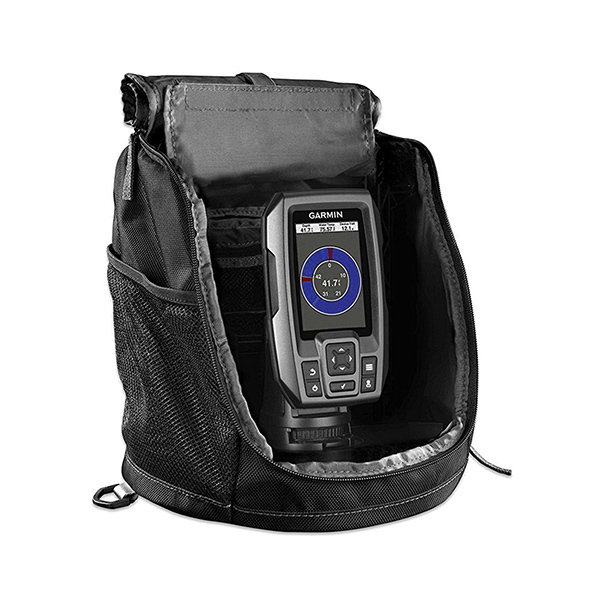 In stock online.
Only 3 in stock!

Striker™ 4 fishfinder with portable carrying case is perfect for fishing from a kayak or canoe and is especially handy for ice fishing.

The portable kit protects and carries your Striker™ fishfinder with GPS, so it's perfect for kayak, canoe or ice fishing. It includes a sealed, rechargeable battery with charger, built-in transducer cable management and storage and suction cup transducer mount and float.